Top 5 Characteristics of an Alcoholic 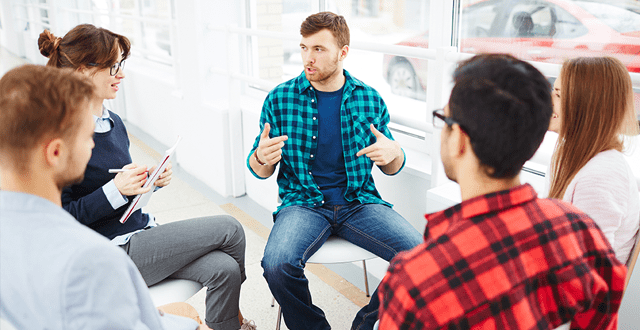 Alcoholism affects an estimated 14.1 million U.S. adults aged 18 years and older, which represents about 5.6% of this age group, reports the National Institutes of Health (NIH). Knowing the top characteristics of an alcoholic can help you determine whether someone close to you is suffering from addiction and needs professional treatment at an alcohol rehab center.

Here are the top five characteristics of an alcoholic, according to the National Library of Medicine (NLM).

A person who suffers from alcohol addiction will often experience cravings, or a strong desire or urge to use alcohol, according to the National Institute on Drug Abuse (NIDA). These urges and cravings may be triggered by places, people, and things that remind the alcoholic of drinking, such as driving by certain bars, or spending time with friends with whom they used to drink. These urges may also be triggered by certain thoughts and emotions, such as excitement, happiness, stress, and anxiety.

2. Inability to Stop Drinking After Starting

Loss of control after starting to drink is another top indication of alcoholism, according to the NIDA. Many alcoholics make promises to themselves and loved ones that they will make an effort to control their drinking and limit their intake. However, they are often unable to stop drinking after starting despite their initial intentions to do so, and may drink until they are intoxicated or until they pass out.

An alcoholic will often consume higher amounts of alcohol over a longer period than was initially intended, reports the NIDA. This can occur on behalf of several factors, such as increased tolerance to alcohol, loss of control, and compulsive behavior. For instance, a person who once needed only two glasses of wine to feel the effects may need an entire bottle to feel its effects due to increased tolerance that develops gradually over time. Your loved one may be an alcoholic if you notice they are drinking far higher amounts than they did in the past.

Chronic and heavy alcohol use such as that practiced by alcoholics can cause a variety of long-term health problems that affect major organs, including the brain. Liver disease, pancreatitis, stroke, nerve damage, and decreased immunity are some of the many health problems linked to alcoholism. Alcohol addiction can also lead to the development of mental illnesses, including anxiety, depression, and bipolar disorder. The NIH reports that in 2018, nearly 43% of liver disease deaths among individuals aged 12 years and older involved alcohol.

If you recognize any of the above five characteristics in someone you know, consider talking to that person about the health benefits associated with drug detox and rehab treatment. Professional treatment can help your loved one safely recover from alcohol dependence and change harmful behaviors associated with alcohol addiction.

# What Does It Mean to Self-Medicate, and How Can It Lead to Addiction? Previous
Drug and Alcohol Withdrawal – Signs and Symptoms Next $